Sprinklers are 100% Effective in Controlling Fires

Every year, the National Fire Chiefs Council (NFCC) runs it’s National Sprinkler Week campaign from Sunday 19th May to Friday 24th May. National Sprinkler Week focuses on ensuring the public are informed about what sprinklers are, how they work and how effective they are, along with their many benefits. The campaign also raises awareness about how regulations regarding sprinklers vary across the UK.

In 2018 the NFCC and the National Fire Sprinkler Network (NFSN) undertook research to ascertain the effectiveness and reliability of sprinkler systems. Their findings showed that sprinkler systems:-

Sprinklers as Part of a Fire Safety Package

In a bid to encourage business owners, housing associations, schools and landlords to consider retro fitting sprinklers, the NFCC release the latest figures during National Sprinkler Week. These figures demonstrate that fire related fatalities and injuries along with property damage are reduced significantly in the presence of operational sprinklers.

The NFCC wants changes to government legislation regarding England’s sprinkler regulations, including bringing them in line with Scotland and Wales. Terry McDermott, NFCC lead for Sprinklers, said:

“Our research proves that sprinklers are very effective and provide strong fire safety protections as part of a fire safety package.
“Wales and Scotland recognise this and have implemented measures to make their communities safer from fire; we want to see these changes in England and Northern Ireland as matter of urgency.

“Fire does not discriminate, and is just as dangerous in England and Northern Ireland as it is in the rest of the UK.” 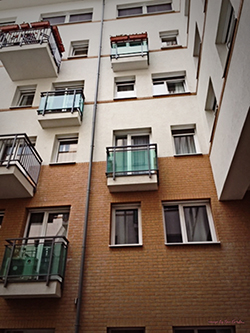 Many fire and rescue services across the UK actively support the campaign using the hashtag #ThinkSprinkler. Sprinkler awareness campaigns are also held across the globe in America, Canada and Australia. There are a large collection of stories and anecdotes which give credence to the fact that sprinklers are the key to saving lives time and again.

One example being an incident in St James Barton, Bristol in January 2019. Crews from Southmead, Bedminster, Hicks Gate and Temple fire stations were called when fire broke out on the first floor of a commercial property. The sprinkler system had activated and helped to control the fire before crews arrived. The fire was extinguished by four fire fighters using one high pressure hose reel and one 45mm jet, then a positive pressure ventilation fan cleared the area of smoke. Approximately 400 people were evacuated from the premises and the incident was casualty free. The cause of the fire remains a mystery.